Alex Totkova with a bronze medal from Graz, Austria

From 10 to 12 May in Graz, Austria, the second round of the European Youth Championship for Boulder took place. 328 contestants from all the best climbing schools in Europe participated in the competition. Alex Totkova showed her talent and ranked third in the group of 14-15 year old girls.
There were 57 contestants in Alex's group, despite the limit of 2 hours and 15 minutes, if you make mistakes for the easier boulders, the chance for the final is minimal. A tough start, the first few boulders did not go easy and after only one hour, Alex made two "flash" (passing the route from the first attempt) and with 6 points, 7 zones managed to qualify 9th in the qualification, which led her to the final. - See rankings here . In the final, Alex made very good climbing with minimal mistakes and the last two contestants had the first result. The last boulder was decisive, but could not be scored with 3 rounds of 7 attempts, and 4 out of 8 attempts ranked third. 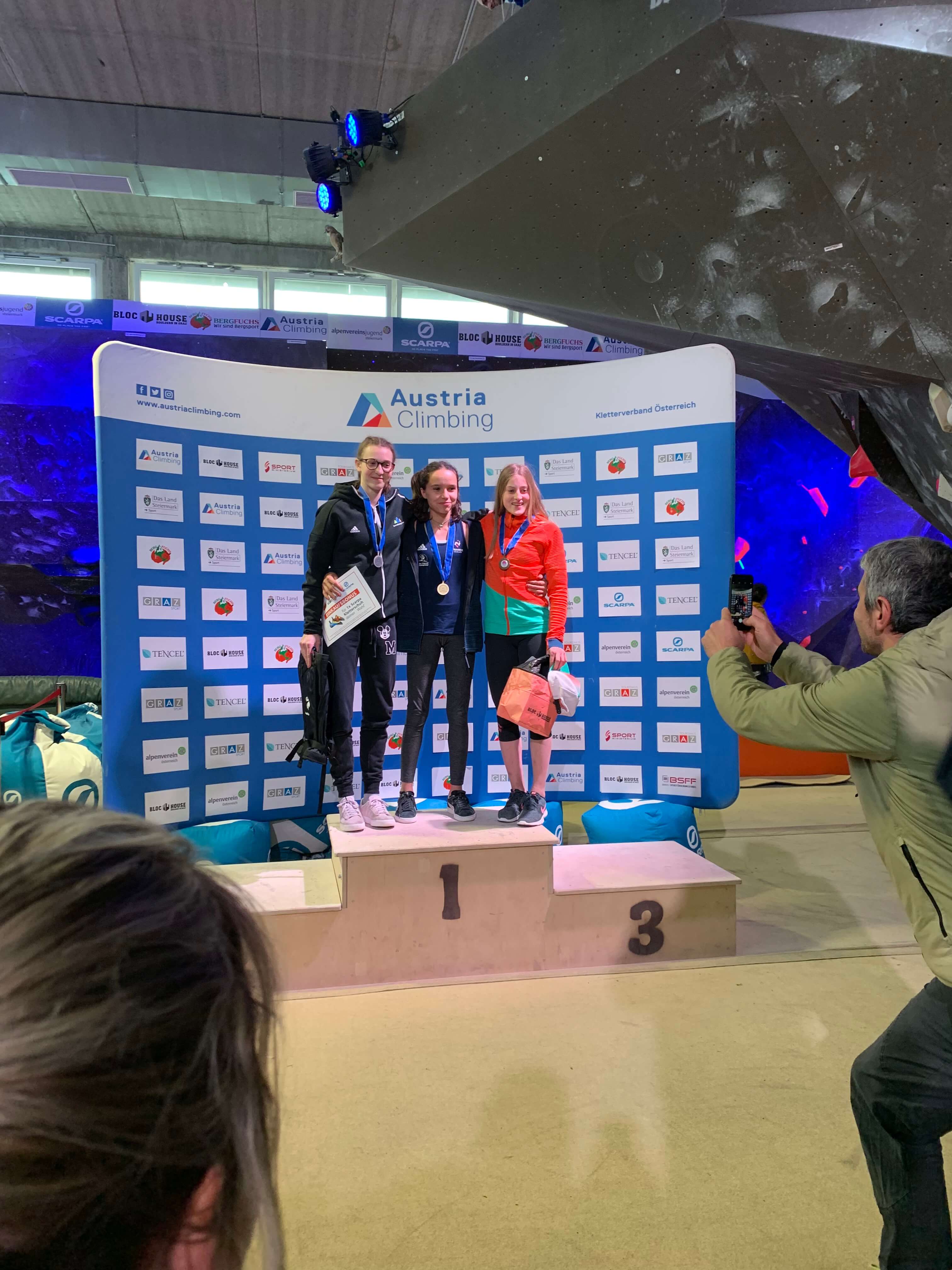 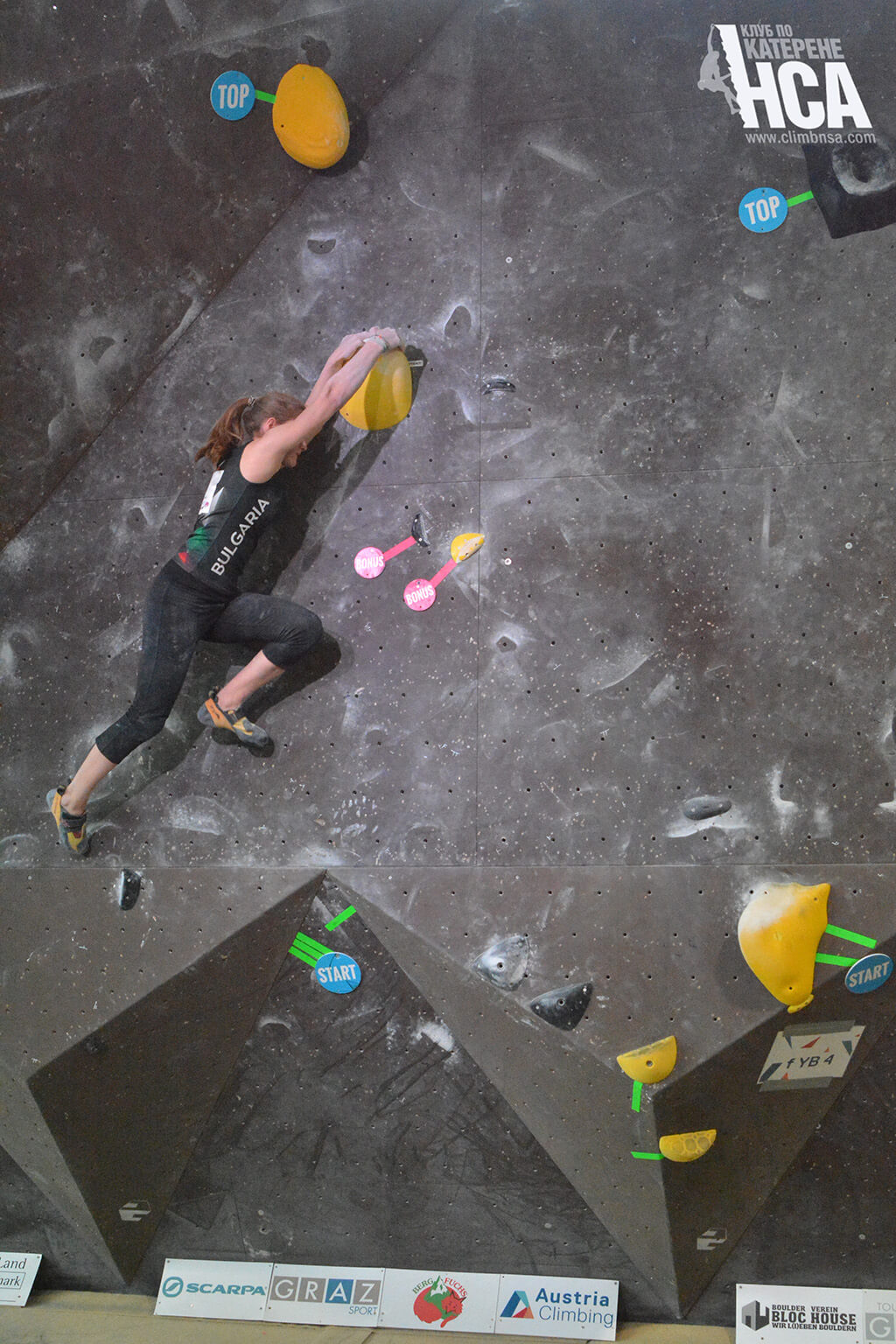 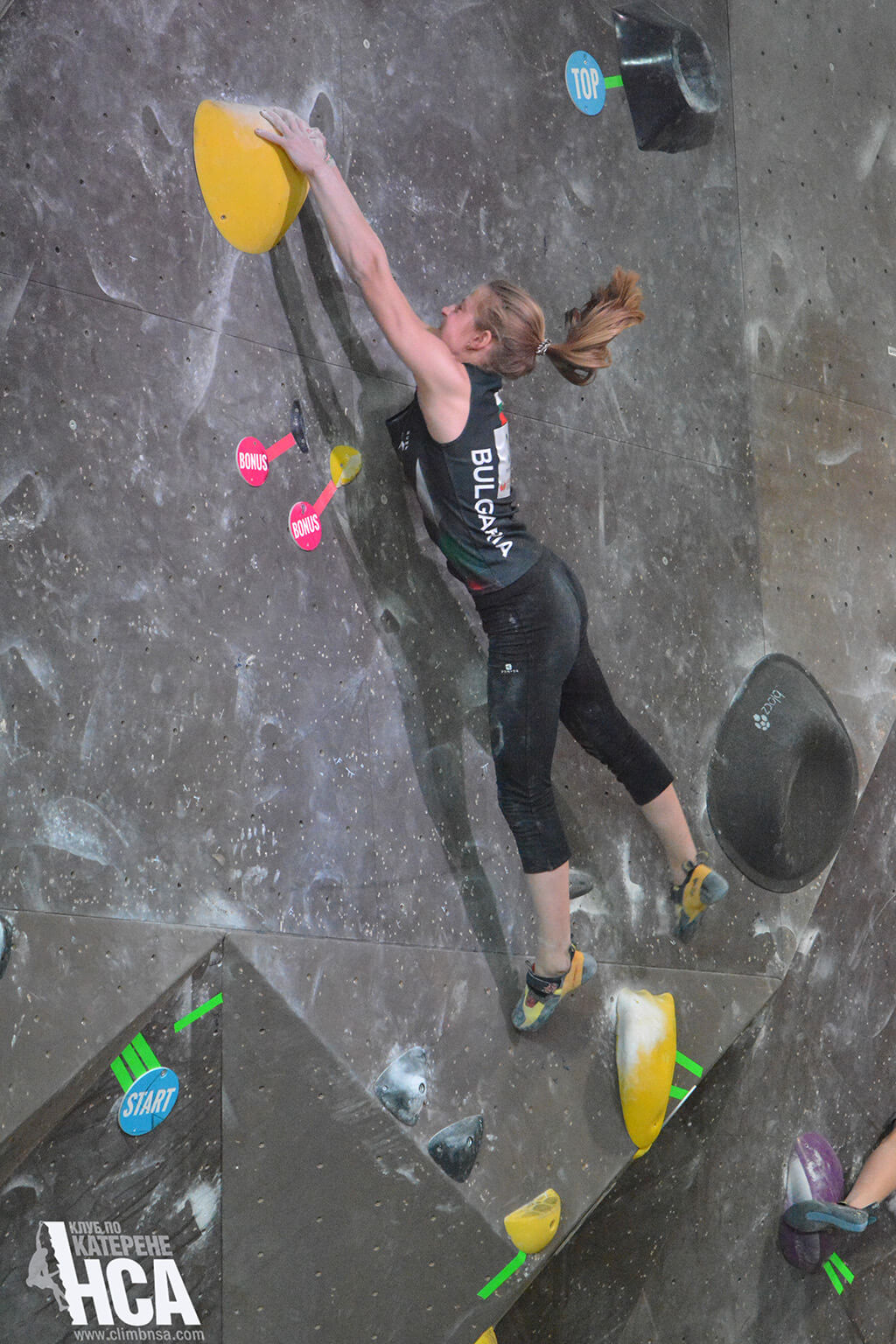 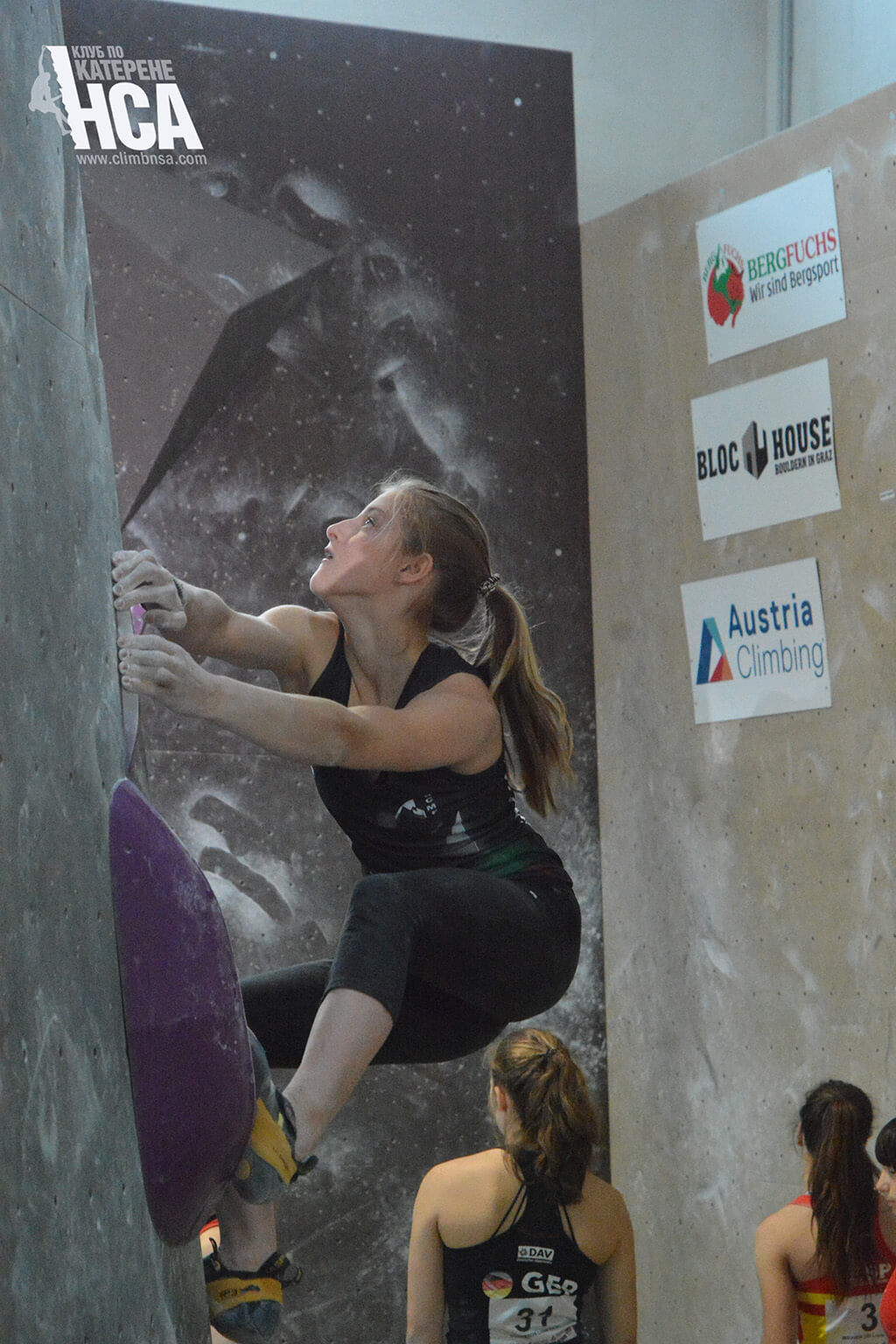 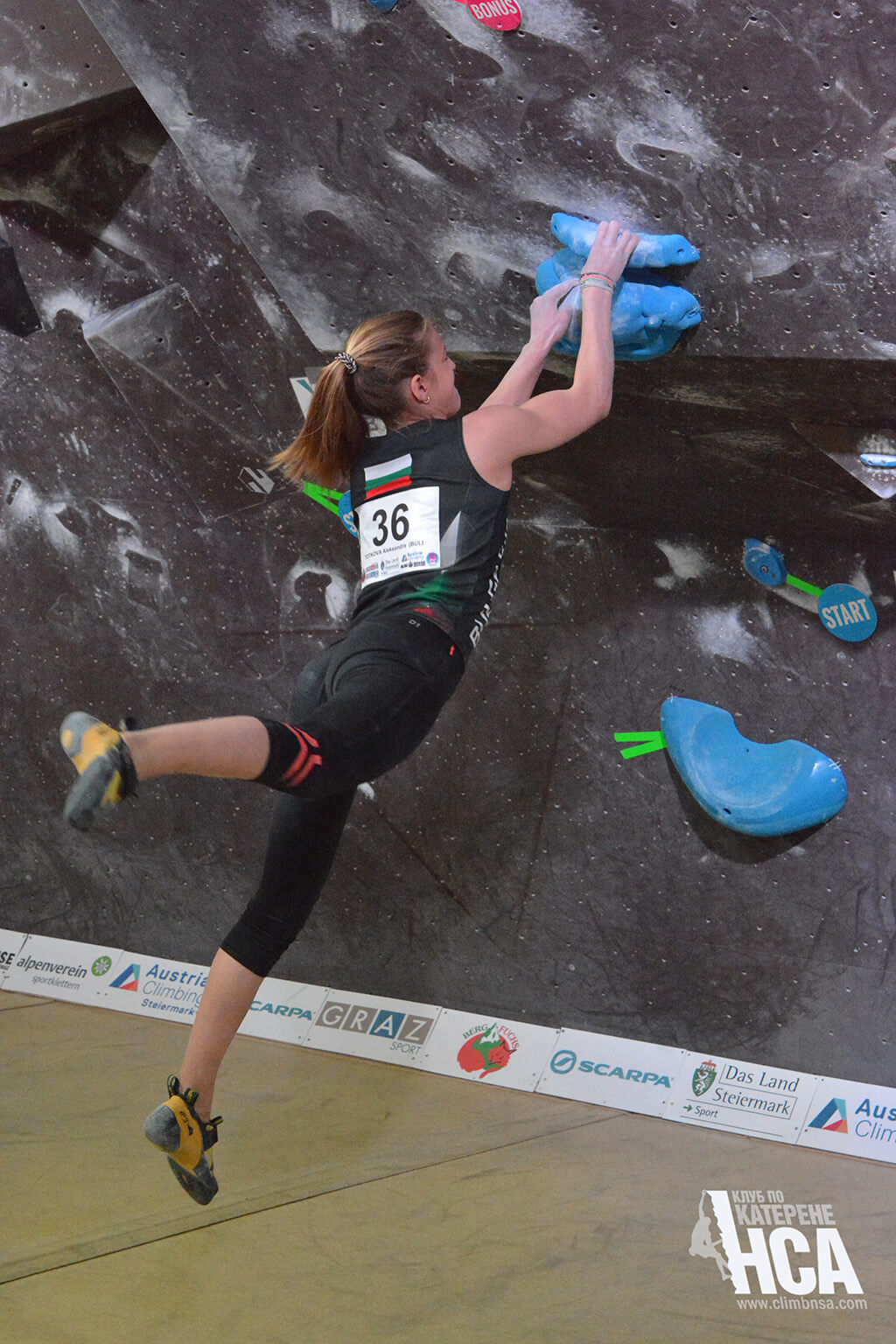 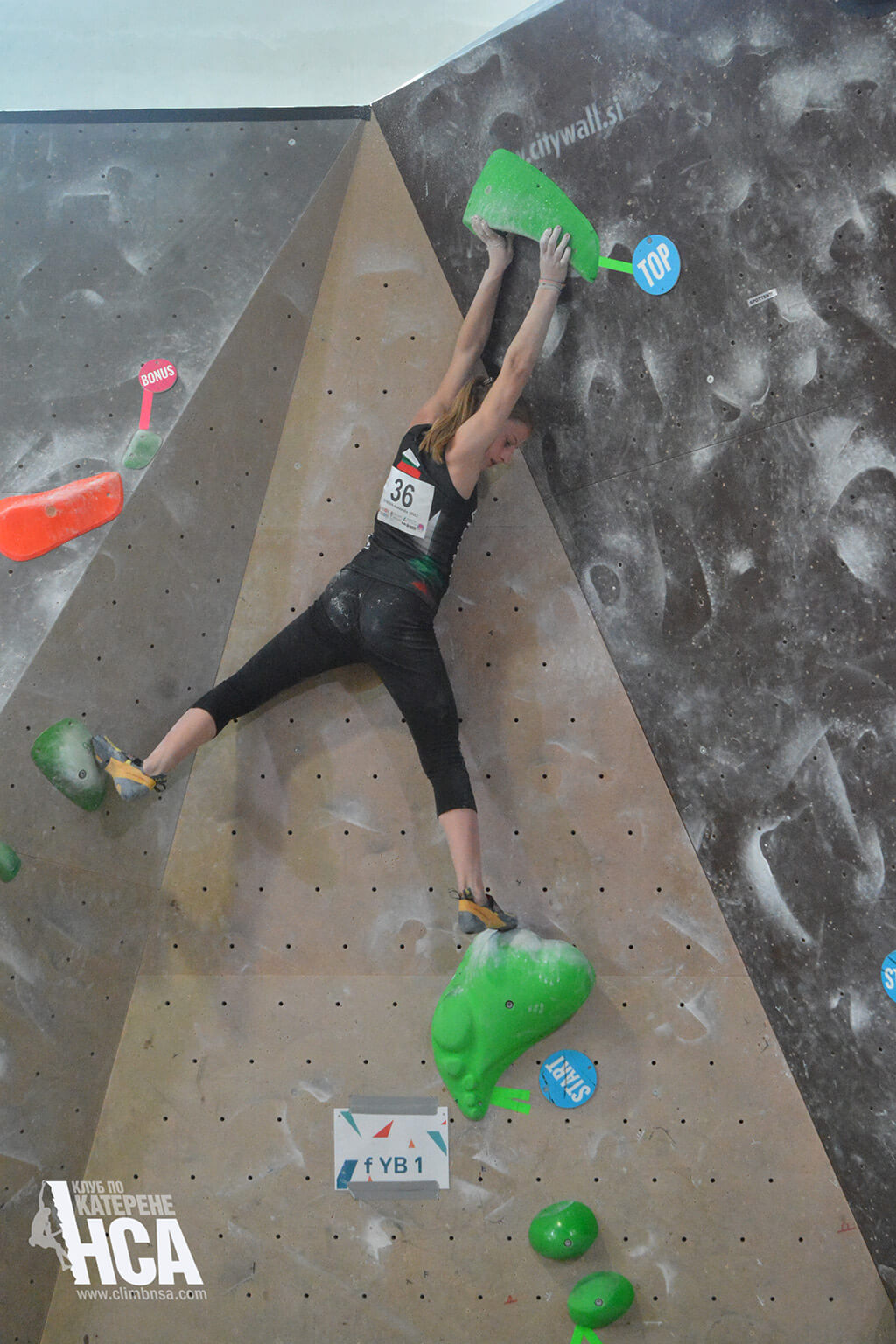 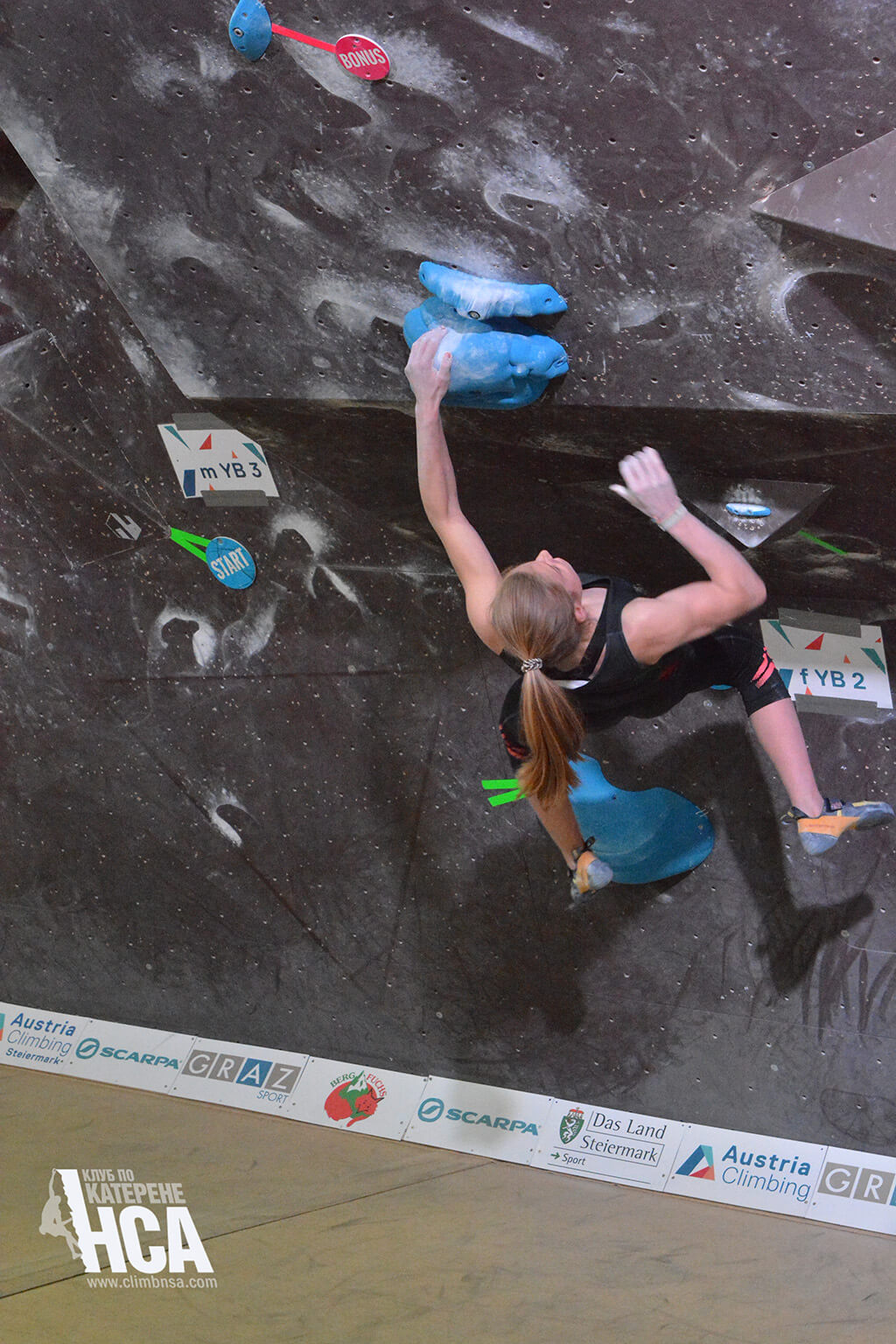 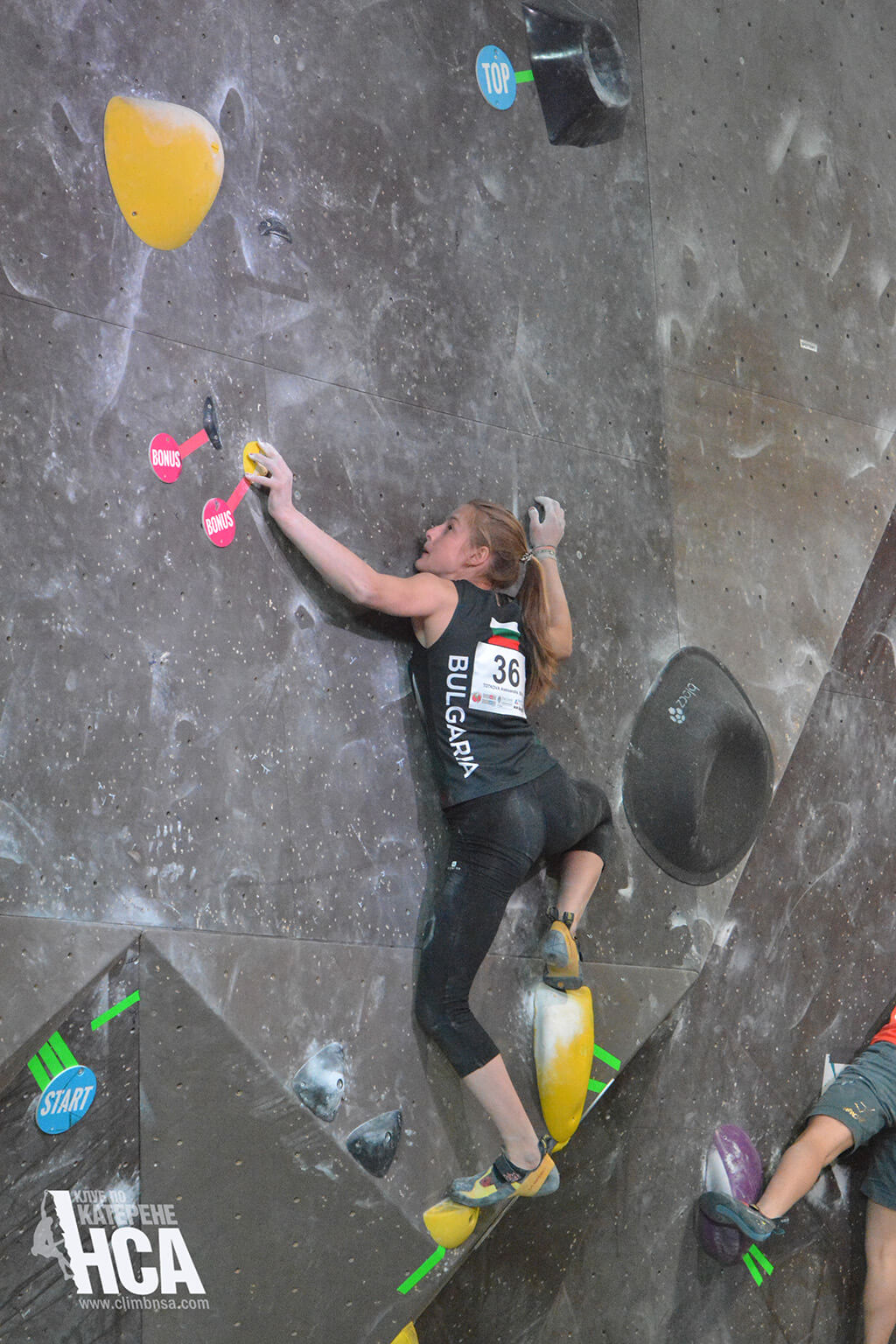