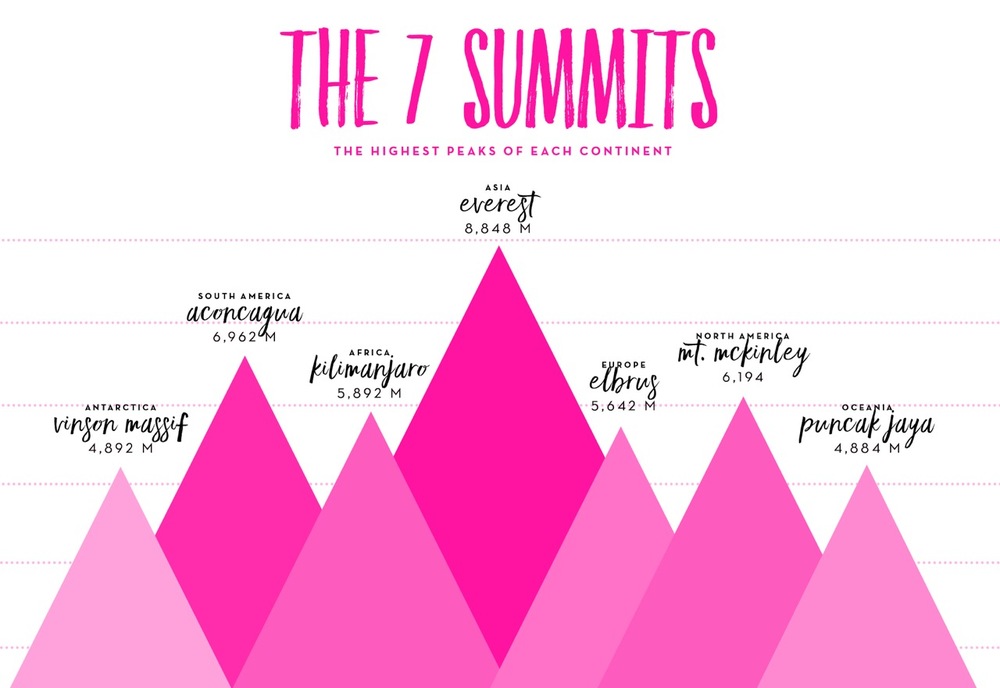 The 7 summits project is one of the world's most challenging mountaineering projects that includes climbing the tops of the highest mountains on each continent. So far, globally, there are 345 men who completed this project and only 71 women, none from the Balkans.

Coming from Macedonia, I have been dedicated to high altitude mountaineering in the past 15 years, always pushing up the level of female mountaineering in the region and being a role model for empowering women and girls through sports. I love sharing the experiences gained in the mountains and comparing them to our life & career challenges. My presentations are often available on educative workshops and public talks, which has resulted with many positive feedbacks from motivated youth to step forward towards their life goals.

In my mountaineering career I have been gradually following the path to the 7 summits, always struggling for funds even taking enormous risks like climbing solo on unsupported trips.